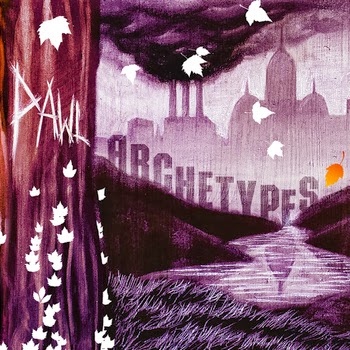 Just two months after a powerful indie pop/hip hop collaboration with Chicago’s Keeynote, PAWL released Archetypes. While not the genre-crossing innovative opus heard on the Keeynote collaboration, Archetypes is just as captivating.

The first track “The Dream is Us,” brings Ben Folds Five to mind, but as the album progresses it is clear that PAWL is not some cheap derivative.

PAWL promises that Archetypes will take the listener to a “unique space and time” and exhibits “eight distinct moods.” Archetypes maintains its own space and time, but for me does not go far enough to create eight “distinct” moods. The 8 tracks blend together, certainly with variance, and create a very euphoric overall mood. PAWL takes the listener beyond the emotional landscape usually associated with music.

“City Lights” plays like a nighttime cloud ride over the city with empathetic lyrics that exude a compassion for those down on their luck and the human condition itself.

Throughout the album, PAWL beautifully blends subtle and mellow percussion with heavy keyboards that surround the listener in serenity. The singer/songwriter at the front of PAWL is occasionally joined by the untraditional backing vocals of Nicole. Her voice provides an instrument that flawlessly caresses their songs, and breathes in even more life. In the song “Shades of Currency,” her vocals add an angelic floating quality to an already opiate-like experience. This unique mixture of indie pop with slight touches of hip hop and jazz is a sweet tonic.

The album ends with the song “Moment in the Sun.” It stays true to the album’s elements, but also adds a trumpet that graces the song in a smooth Miles Davis manner. The song itself is a juxtaposition of fleeting glimpses of happiness contained within gloomy spirituality and loving warmth the universe can offer, but all too often goes ignored. It is a wonderful ending that brings the album around full circle, and darkly lifts the listener back up.

Not so much an evolution from the 2010 album Guest House, but a significant growth. Songs show greater sophistication and refinement as well as a sound more defined as PAWL. Archetypes, proves that PAWL is aging like fine wine.