They offer no disclaimers, no excuses, no flashy image, and certainly no gimmicks. They are horizon i. For a long time now it has seemed to me that in order to be considered a part of the “Arizona music scene” one needed a western shirt, the occasional cowboy hat, and a strong inclination towards the C chord. horizon i takes a sledgehammer to the front windows of my misconception.

In September, horizon i released their first full length album, appropriately titled horizon i. I can't remember the last time that I listened to a new record from the beginning to the end with such complete attention. horizon i’s new album changed all that as I continued from one song to the next without a single pause. The only frustrating part was when a song ended I did not know whether to continue on to the next song or replay the song I had just listened to. Their album is so much more than songs. This album is a movement. It is a journey that will leave the listener with chills rooted in deep emotional honesty. 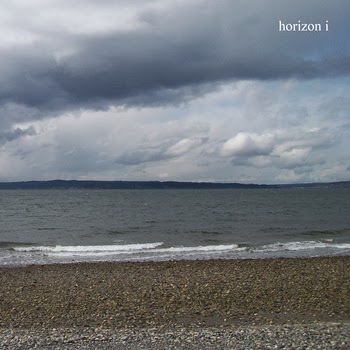 Cliff Hockersmith’s lyrics are the secret weapon that make the listener want to get up and do something. They are not just clever mottoes of social and personal change. They are words that he fully stands behind and lives by. His passion for not only his own music, but pretty much anyone out there just trying to “make it happen” is contagious.

Their energy and stage presence, spontaneous and unplanned, transcends that of a typical rock band. Between Cliff, mostly bare-footed, passionately banging on the guitar and wailing into the microphone, Mark Anderson singing alongside Cliff while he beats out bass lines and explores the space of the entire stage, and Anthony Francis who sits not-so-quietly in the back, it is hard to determine who to watch.

Where so many try and fail, pretend, or falsely claim to have, horizon i has without even trying. From heavy-hitting rock to captivating, uplifting ballads horizon i is a musical breath of fresh air.

True to their socialistic philosophy, the band applies a simliar approach to the marketing of their merchandise and music. As they’ve stated “We want you to enjoy our music much more than we want your money,” and it is only more proof that horizon i is for real.

Originally published: November 1, 2011 (changed one word and one spelling error, but otherwise unedited).
Posted by Burning Empire Media at 3:05 AM