Blood on the Dance Floor (Republish) 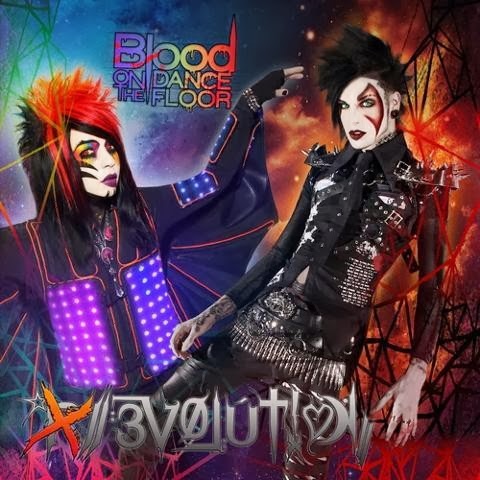 Do not be confused by the awesome title of this story. Harry Potter merchandising and teenage girls of Twilight obsession lay beneath the cover of this book. The end contains neither blood nor a dance floor.

How does a guy like me provide proper coverage of a multidimensional entity of fabulous song and grocery-store-pallet-size thirst for hair product? And, what is that Mac makeup they use?

Multidimensional is not to be mistaken with a branding of “high art,” but rather a collage of imagery emanating from music, body, and video that bombards the senses and commands either purchase or epileptic seizure. While identity crisis may be an understatement, the challenges of self-identity that these gentlemen have imposed upon their future psyches promise a radical road of reality and confusion.

These are the moments in life that one has learned it better to bite the tongue rather than provide a mere black and white description of rainbow-colored tattoos and a stage presence rooted in the deepest emotions of all known fancy. However, the entire tongue should not be chewed off completely. A certain powder puff mystique radiates off all the stuff Blood on the Dance Floor sells to sensitive poets of indefinable sentiment. The discussion of Blood on the Dance Floor’s music possesses an element of futility. It does not appear as though these gentlemen concern themselves with the music more than a purchase of a lunchbox, t-shirt, or CD. I say amen!

Don’t even finish reading this article. Send inquiries for my autographed 8x10 to the YabYum editors now. They’re only $3.99 and awesome! If you send a self addressed stamped envelope the shipping is free, otherwise it’s $2.00. The majority of the proceeds go to YabYum Music and Arts. Act now!

Honestly, I have no clue what’s going on here. When did Marilyn Manson have children with a rainbow? Blood on the Dance Floor is the type of band I would, based on the name alone, enthusiastically high five my bros all the way to show only to enter in an argument with the club owner that I did not purchase tickets to a musical adaptation of... My friend interrupts, “Bro I think that dude bedazzles his eyebrows.”

Blood on the Dance Floor’s new album, Evolution, is set to release June 19th followed by a three-city CD Release Show beginning July 2nd. While you can pre-order their $119.95 “Platinum Package,” I decided to pre-release my review free of charge.

P.S. The “Platinum Package” comes with two hoodies just in time for July. I suggest you order them now because by the time winter rolls around they’ll probably have all new designs. The t-shirt included in the package reads, “I destroy everything I touch.” Huh? Go figure.