Scenery: Everything Orbits Something (Republish) 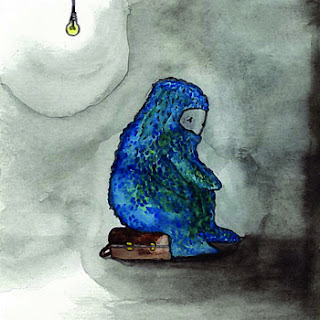 Scenery is a mixture of downtempo, shoegaze, and electropop. Their newest album Everything Orbits Something is a musical attempt to examine the, "Limited lifespan and the definition of an individual’s life determined by relationships."

Everything Orbits Something has a wintery, introspective atmosphere that helps hold true to these goals. It digs into life’s memories. There is a loneliness, but not one of desperation. It is comforting in its isolated coziness and necessary for reflection.

Most of the music that emerges from Scenery’s genre has a tendency to bore me. The songs are monotonous and draw on. It may have something to do with the fact that they remind me of a gentle Death Cab for Cutie, but Scenery avoids this problem. The songs are interesting and hold my attention without boredom or an aching for the end.

It comes as no surprise the song, “Yeti’s Rejection Letter” made Radio Reddit’s (user based selections) Top 100 of 2011. While “Yeti” may be a fan favorite, it is the song “Animous” which stands out the most for me. A sustained organ tone lays out the scene, then a deep bass line brings the song to life. A gentle low piano sound glides in, and a single note guitar transforms into falling riffs. The entire song jumps off a cliff incorporating all of the instrumental elements into a blissful free fall. Everything Orbits Something is the perfect soundtrack to a quiet melancholy day, and has songs that indie film studios would beg to exploit. While listening, I was under a calming influence that left me with a lasting tranquility.

Everything Orbits Something comes with an 18 page booklet that contains a collection of lyrics, artwork, a film scene, an entertaining short story about space travel via time folding, poetry, and writings inspired by the album. This bonus material is a perfect addition to an already complete artistic vision.

This article was originally written & published for a different publication in February of 2012. Some minor grammatical corrections have since been made.