Raferty could just about feel the cavity burrows its way through his cranky old molar and bite down on the nerve. He jumped in his rocking chair as the tooth lost it's final battle. Two of the plantation workers walked by the porch en route to the mess hall. Raferty squealed, Hey Carl go on down there and tell miss Sally to bring me a pitcher of whiskey. Both stopped and the one closest to Raferty buried his index finger into his chest in surprise, Me? Yeah you, you don't know who miss Sally is? No sir, I know miss Sally. Well go on and tell miss Sally to bring me a pitcher of whiskey. She knows I'll be setting right here. Confused they both nod in affirmation, Yes sir. Alright well I thank you. They nod again and walk away. Raferty surprised his own miserable self. He could not think of last time he had ever said thank you to the peanut picking peasants. Raferty's only virgin tooth dried up like his menopausal cunt of a mind and finally an ounce of gratitude. Eventually, the pain subsided and several helpings of Sally's whiskey later Raferty caught himself sleeping on the porch again. Raferty always told his father that he was going to be better than him. Accomplish great wonders that his father could not even imagine. However, Raferty's finest achieve is the ass impression in his idiot rocking chair. A shadow of an idiot with grandiose visions of self. The ugliest, meanest, and most pathetic peanut farmer in Virgina and West. 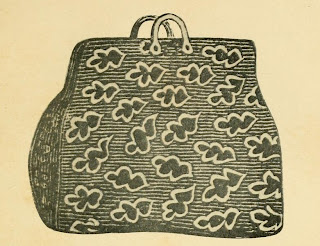 He will not even bother to trim his toenails. Everyone throughout the plantation avoided him and he avoided them unless he required service. A lifetime of laziness, he never even thought to request that porch be swept. When he drops his whiskey glass it cannot help but take on the thick layer of dirt and leaves fertilized by the bacteria of Raferty's feet. Before waking Raferty dreamed of when he was a child. A dream that seems almost like a memory but cannot be confirmed. Raferty had encounter parts of the dream before, but never as vivid and complete. Additionally, the previous dreams had not included his father. Raferty was very young. One might have categorized Raferty as a cute child, but could tell then that he would become the worthless and rotting pile of decay he is now. Raferty's father was showing him nuggets of gold that he would pull from his pockets. There seemed like no end to the handfuls of gold that his father would produce. They collected all the gold and walked to the closest well. The well stood proudly in the distance on top of a rolling hill. Since Raferty was a child all of the wells' water on the plantation were diverted to an advanced water filtration and plumbing system. Each of the wells now demolished and buried. His father just as mean as Raferty but not nearly as lazy, seem pressed for Raferty's attention. The natural born daydreamer paid more attention to unicorns and dandelions than his father. Raferty's father made him dig for what seemed fourteen hours. He dug three feet from a well and his father refuse to give him a drink of water. He dug a hole so deep that he required his father's help climbing out. His father announced that the hole was deep enough, and Raferty extended his hand out to his father. Hell no boy, you climb outta there yourself. You wanna be a man don't you? Raferty was terrified, Daddy you know I can't climb out of here. Well I might as well bury you with this gold. His father apathetically threw a large lady's handbag full of gold in the hole. Raferty's father walked out of sight as the bag clunked at his feet. Daddy? Raferty started to weep. I'm just kidding with you boy. Raferty looked up and his father reached in the hole and pulled him out. Set up straight. His father pat the dust off his shoulders. We got at least three other holes to dig tonight. After recalling the dream Raferty had the fleeting impulse to run out to the plantation and start digging holes but his lazy old worthlessness set in, as usual. He rather sit in his rocking chair looking at the moonlight blanketing the rolling hills of peanuts. Raferty's peanuts. Eaten by both crackheads and stinky plantation owner's alike. An idiot old man with a deep self hatred for his own lazy crack. His waxy skin wasting away and melting slowly in the Virginia sunlight. Gently preserving and varnishing his rocking chair. One day just a thick coat of all that is Raferty will have melted around and fused with the wood of the unwilling chair. The plantation workers will make a bonfire out of the splintered pieces of Raferty. Raferty, the sphinx of Virginia that will eventually erode away without a single tear. Mean 'ol Raferty sitting on the porch. Even the trees will rejoice once Raferty is finally dead.
Posted by Burning Empire Media at 9:52 PM